Solution home How To Use Rival Using the Rival App & FAQs

Rival - Best Of Series - How To Enter Series Results Print

Rival Best Of Series – How To Enter Series Results

When playing in a Best Of Series each player or each Team's captain is required to enter the series results AFTER completely finishing the series gameplay. This means in a Best of 3 series, the players will finish at least two games on their consoles, and a third game if needed. After completing the series, click the "ENTER SERIES RESULTS" button on the Rival Game Page and submit the series results. In the case of a forfeit, no entry is required.

Example of a “Best OF” 3 Series Score report :

A “Best Of” Series can be scheduled and played by using the following formats:

It is important to note that while competing in a tournament on the Rival platform, it is possible to change from one gameplay format to a different format.  This includes from one Best Of # format to another Best Of # format.  A new Stage is automatically created within the tournament for each gameplay format change. The tournament brackets continue and the only change is the requirement of how many games must be played for the new Stage.  See the below example of multiple format changes within a single tournament.

If the series results entered do not match, the Rival Challenge process is initiated.

Click on the "ENTER SERIES RESULTS" button when series game play is completed. 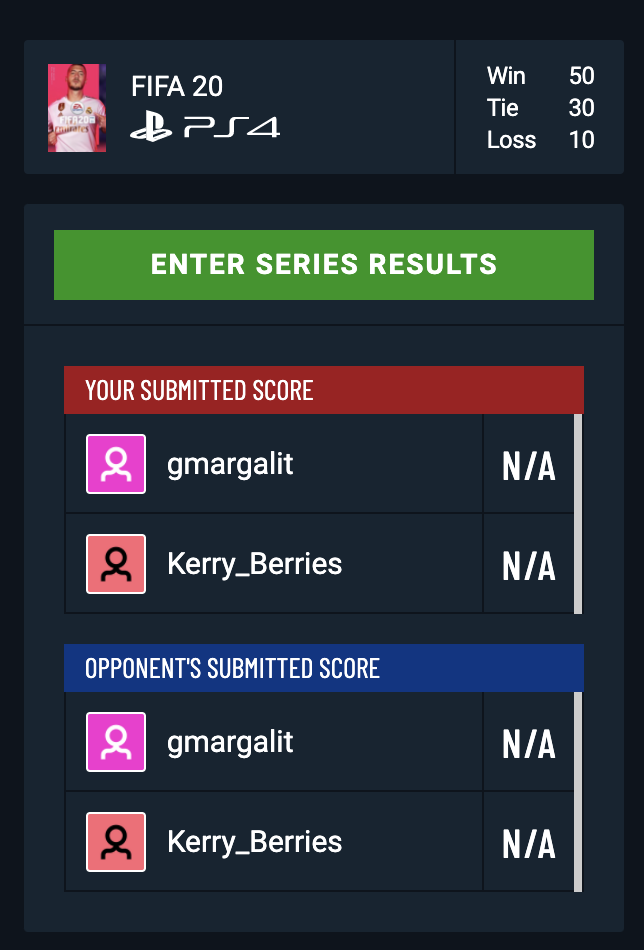 That brings up the pop-up below to enter the games won by each team. 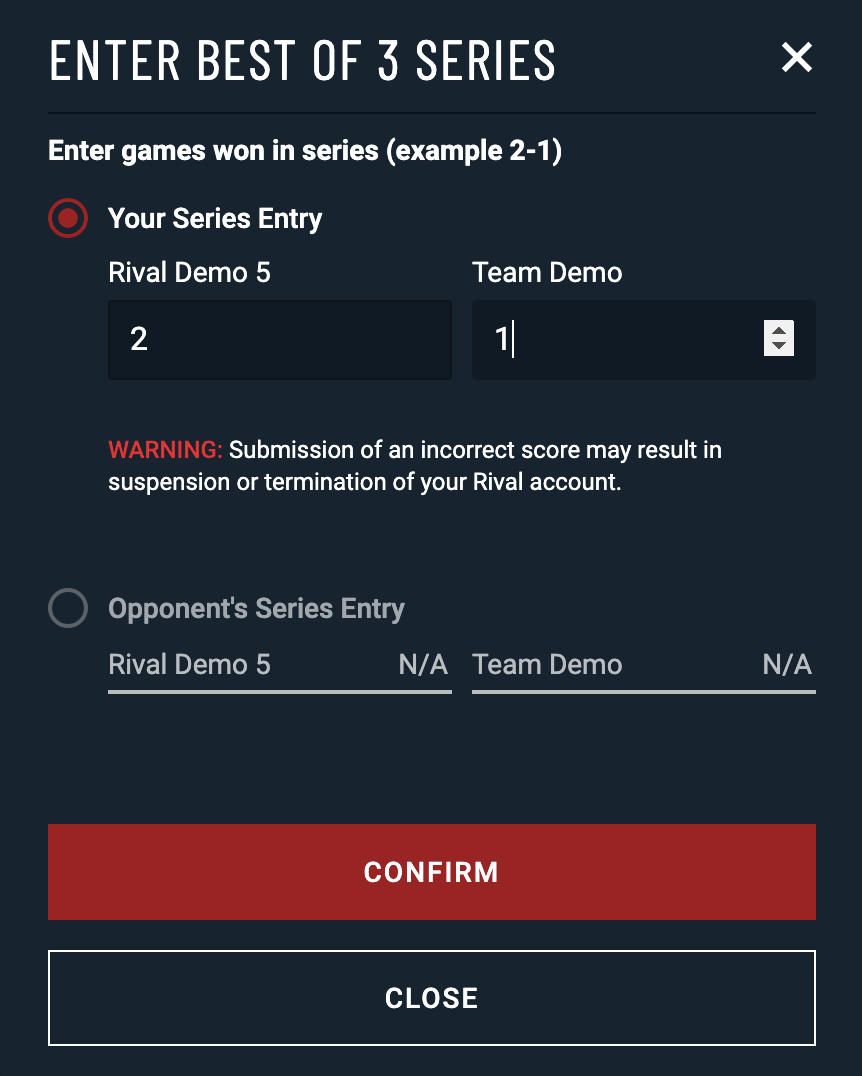 R
Rival is the author of this solution article.

Did you find it helpful? Yes No

Send feedback
Sorry we couldn't be helpful. Help us improve this article with your feedback.